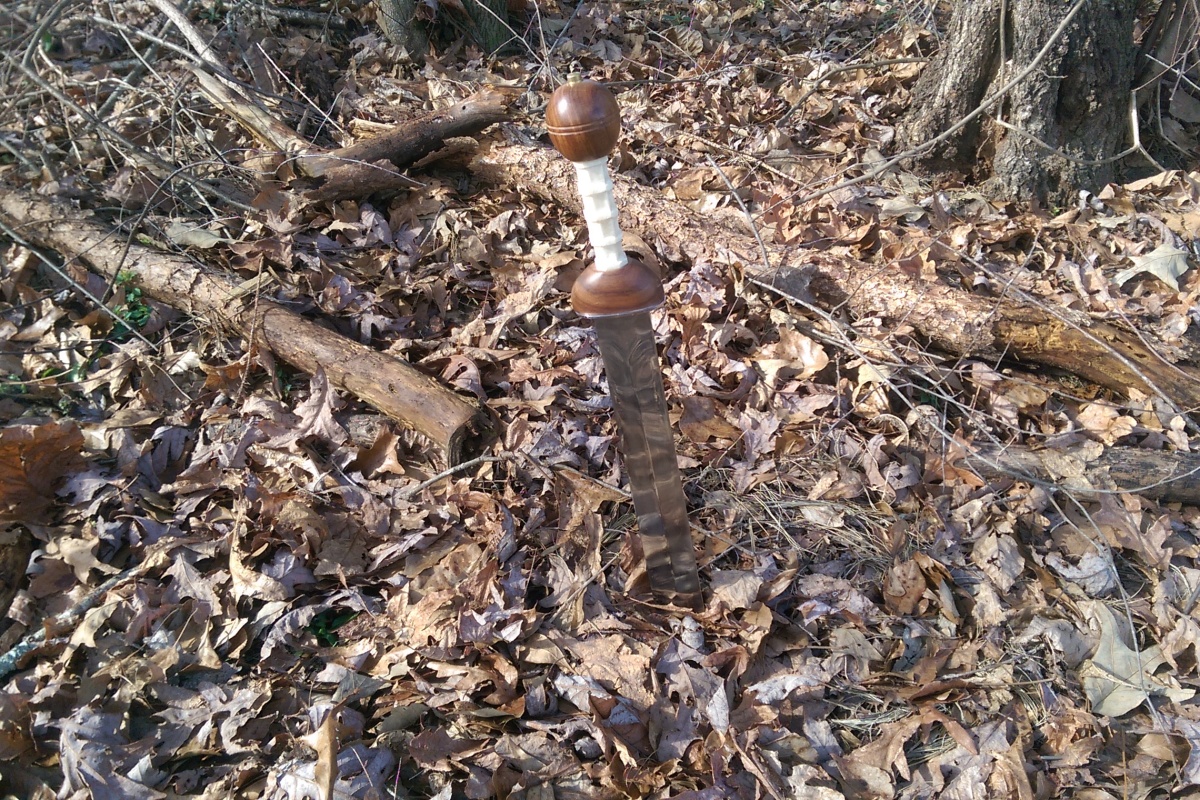 The end is drawing close and all that Jesus has been preparing the disciples for is coming to a conclusion. Judas having become disillusioned and realizing that Jesus was not going to make him wealthy has traded Jesus in for silver. But what is interesting here is that Peter is carrying a sword and he intends to start a war with it.

3 So Judas, having procured a band of soldiers and some officers from the chief priests and the Pharisees, went there with lanterns and torches and weapons. 4 Then Jesus, knowing all that would happen to him, came forward and said to them, “Whom do you seek?” 5 They answered him, “Jesus of Nazareth.” Jesus said to them, “I am he.” Judas, who betrayed him, was standing with them. 6 When Jesus said to them, “I am he,” they drew back and fell to the ground. 7 So he asked them again, “Whom do you seek?” And they said, “Jesus of Nazareth.” 8 Jesus answered, “I told you that I am he. So, if you seek me, let these men go.” 9 This was to fulfill the word that he had spoken: “Of those whom you gave me I have lost not one.” 10 Then Simon Peter, having a sword, drew it and struck the high priest’s servant and cut off his right ear. (The servant’s name was Malchus.) 11 So Jesus said to Peter, “Put your sword into its sheath; shall I not drink the cup that the Father has given me?” John 18:3-11 ESV

Cutting off a man’s ear was not Peter’s intent. His intent was to kill. But Jesus in his final recorded healing restores the enemy. Jesus then asks Peter to stand down and put the sword away forever. The question then is why on earth would Jesus allow his disciples to carry swords? Maybe that was not a sword but a dagger or a butcher blade of some kind? A look at the Greek used here to describe the weapon Peter is carrying is the same Greek word used in other places to mean an actual sword. Look here for example in Acts…

27 When the jailer woke and saw that the prison doors were open, he drew his sword and was about to kill himself, supposing that the prisoners had escaped. Acts 16:27 ESV

The roman jailer having let the prisoners escape pulled out his sword to kill himself. This is the same word used to describe the sword Peter carried that night. I wonder if the sword that Peter carried was even legal? In today’s context we might say that Judas brought the armed guard not with “lanterns and torches and weapons” but with guns and assault rifles. Peter in the context would not have drawn a sword to attack but a gun. Illegal in most circumstances and highly questionable for the follower of Jesus. Why then would Jesus allow it? Why did Peter have it? Peter kept the sword because deep down he still wanted Jesus to be king just like Judas had previously wanted Jesus to be king. Peter expected an armed uprising with Jesus being the victorious ruler of Jerusalem. Even the high priest expected that questioning Jesus about the same.

19 The high priest then questioned Jesus about his disciples and his teaching. 20 Jesus answered him, “I have spoken openly to the world. I have always taught in synagogues and in the temple, where all Jews come together. I have said nothing in secret. John 18:19-20 ESV

The priest needed to know from Jesus if the city would riot and had he planned an armed rebellion. Jesus just arrived into Jerusalem in triumph days before with the people crying out “Hosanna to the Son of David” (Matthew 21:9). Had he gathered an army? Was he poised to start war with Rome? Jesus assured the priest that he had nothing to hide. That all he had done was done in the open. Then Pilate asked Jesus for much of the same information.

33 So Pilate entered his headquarters again and called Jesus and said to him, “Are you the King of the Jews?” 34 Jesus answered, “Do you say this of your own accord, or did others say it to you about me?” 35 Pilate answered, “Am I a Jew? Your own nation and the chief priests have delivered you over to me. What have you done?” 36 Jesus answered, “My kingdom is not of this world. If my kingdom were of this world, my servants would have been fighting, that I might not be delivered over to the Jews. But my kingdom is not from the world.” John 18:33-36 ESV

Jesus told Pilate that if his kingdom was on earth at this time then Pilate would have already been removed from power. Pilate believed him and told the Jews that he found nothing to charge Jesus with. Everyone from Peter, to Judas, to the Pharisees, to even Pilate himself wanted to know or believed that Jesus was here to establish an earthly kingdom. Jesus never held that intention because his plan was greater than a single earthly kingdom. So then why did Jesus allow Peter to carry a sword?

To answer that question we need to go back to the last supper right before Jesus is taken to provide an answer.

35 And he said to them, “When I sent you out with no moneybag or knapsack or sandals, did you lack anything?” They said, “Nothing.” 36 He said to them, “But now let the one who has a moneybag take it, and likewise a knapsack. And let the one who has no sword sell his cloak and buy one. 37 For I tell you that this Scripture must be fulfilled in me: ‘And he was numbered with the transgressors.’ For what is written about me has its fulfillment.” 38 And they said, “Look, Lord, here are two swords.” And he said to them, “It is enough.” Luke 22:35-38 ESV

Jesus used the sword to provide an object lesson to the disciples that they would remember in the future in context to a risen savior and he wanted the sword to fulfil prophecy (Isaiah 53:12). Jesus needed to be put to death by the most scandalous and lowly of means. Death on a cross. He needed to be hung on a cross between two thieves “and he was numbered with the transgressors”. Jesus looked at disciples when they showed him two swords and he replied that is “enough”. Two swords is not enough to start a war but it is enough to be looked on as a transgressor starting a rebellion.

John shows us in this gospel that Jesus is in complete control and moves about with a goal of reconciling men and women to himself. Everyone around Jesus wanted to use him for their own ambitions or they feared him because they were afraid we would undo their personal ambitions. Jesus demonstrates that we can submit our dreams and ambitions to him. His will is better than our best dreams. Do you trust him? Are you ready to serve him and be reconciled to him? Then repent and run into the arms of the reconciliation that Jesus provides.